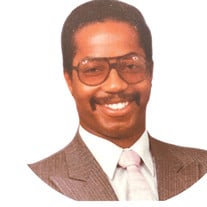 In lieu of flowers charitable donations can be made to the Shepherd's Hope organization. Theodore Neville Triplett was born September 2, 1957, to Mizell and Thelma Triplett in Tallahassee, Florida. Theodore was the fourth child of six children (Joanne, Mizell, Dondra, Theodore, Andrea, and Frederic). Theodore attended public schools in Orange County, Florida graduating from Ocoee High School in 1975, lettering in basketball, baseball, track. and football, while earning academic honors as well. Afterwards, Theodore matriculated at the Florida State University majoring in Civil Engineering. While attending FSU, he was initiated into the Iota Delta Chapter of Alpha Phi Alpha Fraternity, Incorporated. During his time at FSU, he met Sheree Ballard, whom he later married. From this marriage was born Lauren Bianca Triplett. Theodore was always interested in learning and earning. An honor roll student, he worked during high school at the Walt Disney World Magic Kingdom. After college he worked with the Florida Department of Transportation. During this same time, he was able to follow his passion for astronomy as an employee with the John Young Planetarium and Museum. No matter the economic climate, Theodore always found an avenue to employment. From janitorial work, to landscaping to restaurant or factory jobs, there was always an avenue for Theodore to work, where he sought to give more than he received. Throughout most of his life, Theodore was a member of Bethlehem Missionary Baptist Church. He was active from his childhood in the youth department, to adulthood with church choirs; but more importantly, in any area where he saw a need. He could often be seen cleaning up whenever there was a fellowship activity. Theodore was called from his earthy home on May 19, 2022. Both of his parents and sisters Joanne and Andrea preceded him in death. He leaves cherished memories to loved ones: Lauren, (daughter) Los Angeles, CA; Mizell (brother) and spouse Robin, Stone Mountain, GA; Dondra Clark (sister) and spouse Tony, Decatur, GA; Frederic (brother) and spouse Shedric, Tallahassee, FL; a close nice Brandice and grand-nephew, Noah, Winter Garden, FL; and a host of other relatives and saddened friends.

In lieu of flowers charitable donations can be made to the Shepherd's Hope organization. Theodore Neville Triplett was born September 2, 1957, to Mizell and Thelma Triplett in Tallahassee, Florida. Theodore was the fourth child of six children... View Obituary & Service Information

The family of Theodore Neville Triplett created this Life Tributes page to make it easy to share your memories.

In lieu of flowers charitable donations can be made to the Shepherd&#39;s...

Send flowers to the Triplett family.