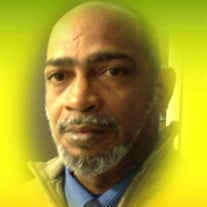 Michael Lloyd Bernard also known as “Lumpy” or “Mikey”, was born in Kingston, Jamaica on January 28th, 1960 to Monica Murphy and Aston Bernard. He migrated to the New York with his brother, on July 12th, 1977, to join their mom. He graduated from Andrew Jackson High School in Queens, New York. Michael later moved to Florida where he worked in the construction industry while he helped care for his mom. He was very skilled at what he does, so driving around Apopka, Florida you will see his work in many of the brick-made mailboxes. He was also good at making kites from scratch and enjoyed flying them with his children. Michael had an amazing green thumb and could grow anything (trees, fruits, vegetables). Many of the things he grew ended up on the dinner table as he also loved to cook. He shared the love of music with friends and family, making mixes and DJ at clubs was also one of his passions. As he got older, Michael’s favorite pastime was playing dominoes and Ludo with his friends. He loved creating his own Ludo board and painting them with different colors. Michael was called home on September 7th, 2021, just a year and 8 months after his brother Clive. Apparently, the Lord had a project only the brothers could fix so He called him to join them. Michael is survived by his Brother, Arthur Fennell and Sisters: Andrea Fenell and Althea Fennell; Aunt, Lynette Warlock; Children: Leo Bernard, Tiffany Bernard, and Don Bernard; Grandson, Adijah Blair; Brother-in-law, Darryl Colvin; Sister-in-law, Carol Fennell; Nieces and Nephews: Andrea, Monica, Omar, Sheldon, Clive Jr., Nicholli, Andrew, and Shannon; and many cousins, family and friends who will never forget him. Regardless of where he was, Michael was able to touch the hearts and minds of those around him with his uplifting and inspirational messages. He will forever hold a place in our heart and will be missed immensely

The family of Michael Lloyd Bernard "Lumpy" created this Life Tributes page to make it easy to share your memories.