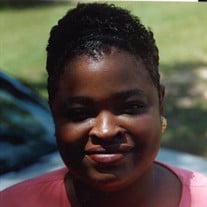 Louvenia Jackson was born to Pauline Wright-Shepherd and Charlie Shepherd, Jr. on November 11, 1961 in Orlando, Florida. Louvenia raised in Apopka, Florida and was a graduate of Apopka High School. She also went into the Foliage Industry as... View Obituary & Service Information

The family of Louvenia Jackson created this Life Tributes page to make it easy to share your memories.

Louvenia Jackson was born to Pauline Wright-Shepherd and Charlie...

Send flowers to the Jackson family.