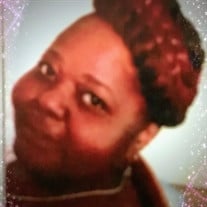 Linda King was born July 28, 1958 to Willie and Totsie King. She attended Apopka, High School. Linda worked for Colonial Lakes Health Care for many years. She was a member of St. James A.M.E. Church in Eustis, Florida, where her brother Rev.... View Obituary & Service Information

The family of Linda Louise King created this Life Tributes page to make it easy to share your memories.

Send flowers to the King family.