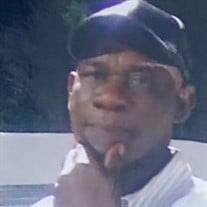 Leonard Barisford Wright, fondly known by most as “Foster”, was born September 29, 1936 in St. Elizabeth, Jamaica West Indies to parents, Henry Foster and Julia Brown. He attended high school in Jamaica West Indies. Foster met and married Euphemia Bailey in the early sixties and to their union, seven children were born. Foster worked as a farmer to support his family. He contracted to the United States as a farm worker in the early sixties. He later went off contract and took up permanent residency in the United States. He was instrumental in helping other Jamaicans to do the same. Foster was like the “GOD Father” of other Jamaicans. He took care of his own. He worked in construction until his retirement. Foster’s greatest accomplishment was his family. He was a father who considered his wealth not in possessions but in the happiness of his family. When someone has given so much of himself through the years, it is hard to find a way to express gratitude. But dad, for all the times you took the time, for all of the sacrifices you’ve made, for all of the wonderful memories you’ve given this family…your close friends and acquaintances THANK YOU. You’ll always be loved and missed very much by all. Foster was preceded in death by his Father, Henry Foster; Mother, Julia Brown; Brothers: Clovis right and Durley Campbell; and Son, Ricky Wright. Left to cherish his precious memories are his loving Wife, Euphemia Wright of Ocoee, Florida; Children: Richard Wright (Karen) of Eustis, Florida, Janet Thompson Wright of Ocoee, Florida, Pauline Wright of Apopka, Florida, Golain Wright Betancourt (David) of Ocoee, Florida, Callitraron Wright of West Palm Beach, Florida and Duane Wright of Apopka, Florida; Stepson, Devon Dodd of Jamaica West Indies; Godson, Christopher Rickett of Eustis, Florida; Siblings: Junior Foster (Connie) of Eustis, Florida, Aldin Foster of Jamaica West Indies, Deeta Foster of Bermuda and Hermaine Smith (Ansel) of Jamaica West Indies; and a host of Nieces, Nephews, other loving relatives and Friends.

The family of Leonard Berisford Wright "Foster" created this Life Tributes page to make it easy to share your memories.

Leonard Barisford Wright, fondly known by most as “Foster”, was...

Send flowers to the Wright family.