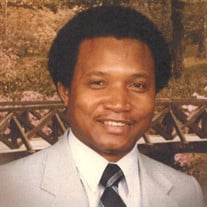 Leon Lewis Law, Sr. was born in Webster, Florida on June 26, 1943 to parents, Reverend Collis Law, Sr. and Matrey Law. Leon was the second of seven children born to this union. Leon’s strong work ethic and self-discipline was nurtured and reinforced by his early experiences working on the family farm at an early age. Leon graduated from Florida A&M University with a BS degree in Agronomy in 1966. During the first ten years of his federal career, he worked for the USDA’s Agriculture Marketing Service as a Processed Fruit and Vegetable Inspector. In 1977, he transferred to the FDA as a Consumer Safety Officer at the Orlando District Office. In 1990, Leon left the Orlando District for the New Orleans District as the Resident-In-Charge of the Baton Rouge Resident Post. In 1992, he became a supervisor in the New Orleans District Office. Leon spent the last 7 years of his FDA career as the supervisor of the Florida District’s Tampa Resident Post. During his career, Leon received numerous awards for his outstanding work in the Florida and New Orleans Districts. Leon’s achievements spanned many disciplines. Some of Leon’s most satisfying moments with the FDA came as a mentor to many colleagues that he supervised, with several going on to receive prestigious awards as well as promotions. Leon retired in January of 2006 after 39 highly successful years of government service. Leon’s success in large part would not have been possible without the love and support of his wife Bernadine. Leon and Bernadine met in Sumter County, Florida in 1963, and from that point forward they formed an inseparable and eternal bond. From this union, two beautiful children, Lynda and Leon, Jr. completed their family. Leon was preceded in death by his loving Daughter, Lynda Law Mauge’; Brothers: Collis Law. Jr. and Rodney Law; and Father, Reverend Collis Law, Sr. On Tuesday, May 17, 2022, Leon peacefully transitioned from mortality to immortality. He leaves behind to cherish his memory his loving Wife, Bernadine Law; Son, Leon Law, Jr.; Mother, Matrey Law; Mother-in-law, Rosa Parson; Son-in-law, Roger Mauge’; Grandchildren: Nicholas Mauge’ and Camille Mauge’; Brothers: Dennis Law (Joyce) and William Law (Annette); Devoted Sisters, Altemease Matthews (Jerome), Sadie Ash (David); Brothers-in-law: Herman Parson (Bernice) Alywin Parson (Beverly), Wayne Parson, and Martie Parson (Cara); Sisters-in-law: Vernita Parson, Cynthia Cummings, Clynell Booker (DeWayne), Brenda Howard Brooks, Lynda W. Law, as well as a host of cousins, nieces, nephews and close friends. Leon loved and cherished them all. Leon was above all unselfish, and would help anyone at any time if at all possible. His generosity came without reservation or conditions. Although a very private person, Leon’s sense of humor, wit and wisdom, endeared all to him. He will be dearly missed and will live in our hearts forever.

The family of Leon Lewis Law, Sr. created this Life Tributes page to make it easy to share your memories.

Send flowers to the Law, family.