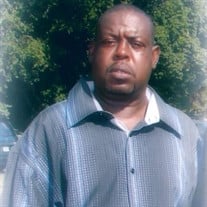 John Randall Baker was born on September 20, 1964 to John Williams Baker, Jr. and Marcella Johnson Matherson in Orlando, Florida. John attended the Orange County Public Schools, where he graduated from Apopka High School in 1983. During his... View Obituary & Service Information

The family of John Randall Baker created this Life Tributes page to make it easy to share your memories.

Send flowers to the Baker family.