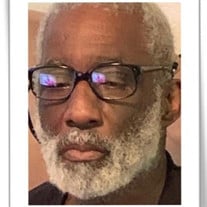 Harold L. Bouler, Jr. was born on January 5, 1953 in Winter Garden, Florida to Harold Lee Bouler and Lucy Mae Bouler. He attended Lakeview High School of Winter Garden, Florida. Harold was an enthusiastic, charismatic go-getter who was well known throughout Orange County. His tenure as a fixture in the community began at an early age playing both basketball and football in high school. His play on the football field was so prolific that it earned him the nickname “Bear”. Over the years, Harold worked several odd jobs in the area before turning his interests to steelwork and welding. He obtained his welding certification. Through hard work and dedication he landed a position at FMC Corporation and quickly earned the title of master welder. Due to his welding expertise and attention to detail, FMC hand selected Harold to be a part of a global team, responsible for the design, maintenance and installation of aircraft and ground-based de-icing systems. After working for FMC for five years, Harold became an entrepreneur and opened HB Welding, Inc. HB Welding serviced the City of Orlando, major corporations and companies, as well as residential properties throughout the Tri-County area. Harold decided to retire in 2019. Harold became regarded as an ambassador within Orange County, always greeting, shaking hands, and offering his services to all that he encountered. His big smile, personality and charm will be missed by all. Harold was preceded in death by his father, Harold Bouler, Sr.; mother, Lucy Mae Bouler; sister, Roxie Scott-Kotb and brother, Timothy Bouler. He leaves to cherish precious memories to: son, Tyrell Bouler (Capricia) of Orlando, Florida; siblings: Flora Mae Cade of San Jose, California, Harriett Bouler of Winter Garden, Florida, Denise Melton of Orlando, Florida and Ronnie Bouler of Winter Garden, Florida; one grandchild; a host of nieces, nephews, cousins, other relatives and sorrowing friends.

The family of Harold Lee Bouler Jr. created this Life Tributes page to make it easy to share your memories.

Send flowers to the Bouler family.